Leading offshore wind developer, Ørsted has today announced that the final wind turbine has been installed at Hornsea One offshore wind farm. 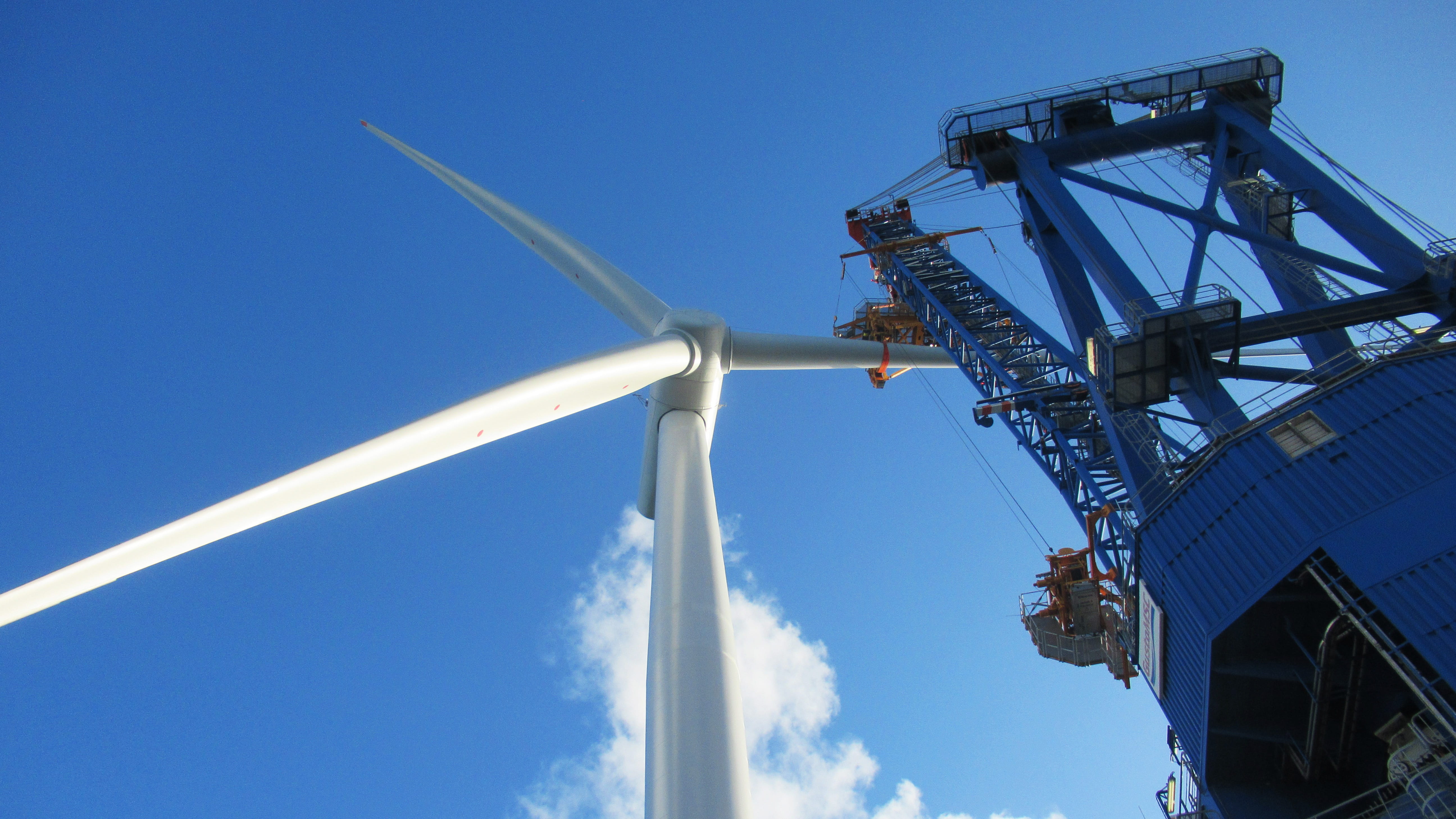 With the component loadout taking place at Siemens Gamesa Renewable Energy’s factory in Hull, where the majority of blades were constructed, the components were then transported 120km out to sea by two specialist vessels. The Bold Tern, owned by Fred. Olsen Windcarrier and DEME Group’s Sea Challenger are installation vessels which jack up in the sea to provide a sturdy base for lifting.

Four turbines were loaded on to the vessel each time. The main components are a steel tower, three turbine blades and a nacelle which houses all generation components for the turbine. On average, it takes around 12 hours of precision working to install a turbine in full.

Standing a proud 190m above sea level and with its three 75m long blades, each 7MW turbine will be able to power a UK home for over a day with each single rotation.

Part of an impressive array dotted over 407 km2 of North Sea more than 100km from the Yorkshire coast the final turbine completes the 174-strong array of turbines, which make up the world’s largest offshore wind farm.

Now the final turbine is installed, the project will undergo a period of commissioning, and will be officially inaugurated in 2020 as the world’s largest offshore wind farm.

Once complete, the site will be the world’s first offshore wind farm to be able to generate over 1GW of electricity – enough to power well over one million UK homes.

Duncan Clark, Ørsted Programme Director for Hornsea One said: “The milestone of this last turbine being installed only nine months after the first one was erected is just one small part of this record-breaking project. Hornsea One has truly paved the way for the next generation of offshore wind farms.

He continued: “At the time of taking on the project, it’s scale and the technical pioneering required seemed a Herculean challenge, but a truly extraordinary effort from all those involved have managed to make this impressive feat of engineering the new norm.

“We have benefitted from fantastic working relationships with contractors and suppliers, and that includes vessel providers who have maintained a constant stream of communication to ensure that turbine installation has been concluded on time and within budget.”

Offshore construction started in January 2018, when the first monopile foundation was installed by GeoSea’s installation vessel, Innovation. It has taken a whole host of contractors, suppliers and Ørsted employees to reach this landmark with over 8,000 people having been inducted to work offshore at Hornsea One’s site.

Due to the distance from shore, the offshore construction team based themselves on site, 120km out to sea, to help ensure the project kept safe and to schedule in dynamic weather conditions.

Living on board the GMS Endeavour for two weeks at a time, they were able to stay close to the action, as well as enjoy a gym, catered for, laundry service and high-speed internet.

Globally leading the clean energy transition, Ørsted continues to make waves within the transformation of the world’s energy systems and has recently expanded into additional renewable energy generation such as solar, onshore wind and bio-energy.