Offshore construction has now begun at what will become the world’s biggest windfarm, Hornsea Project One 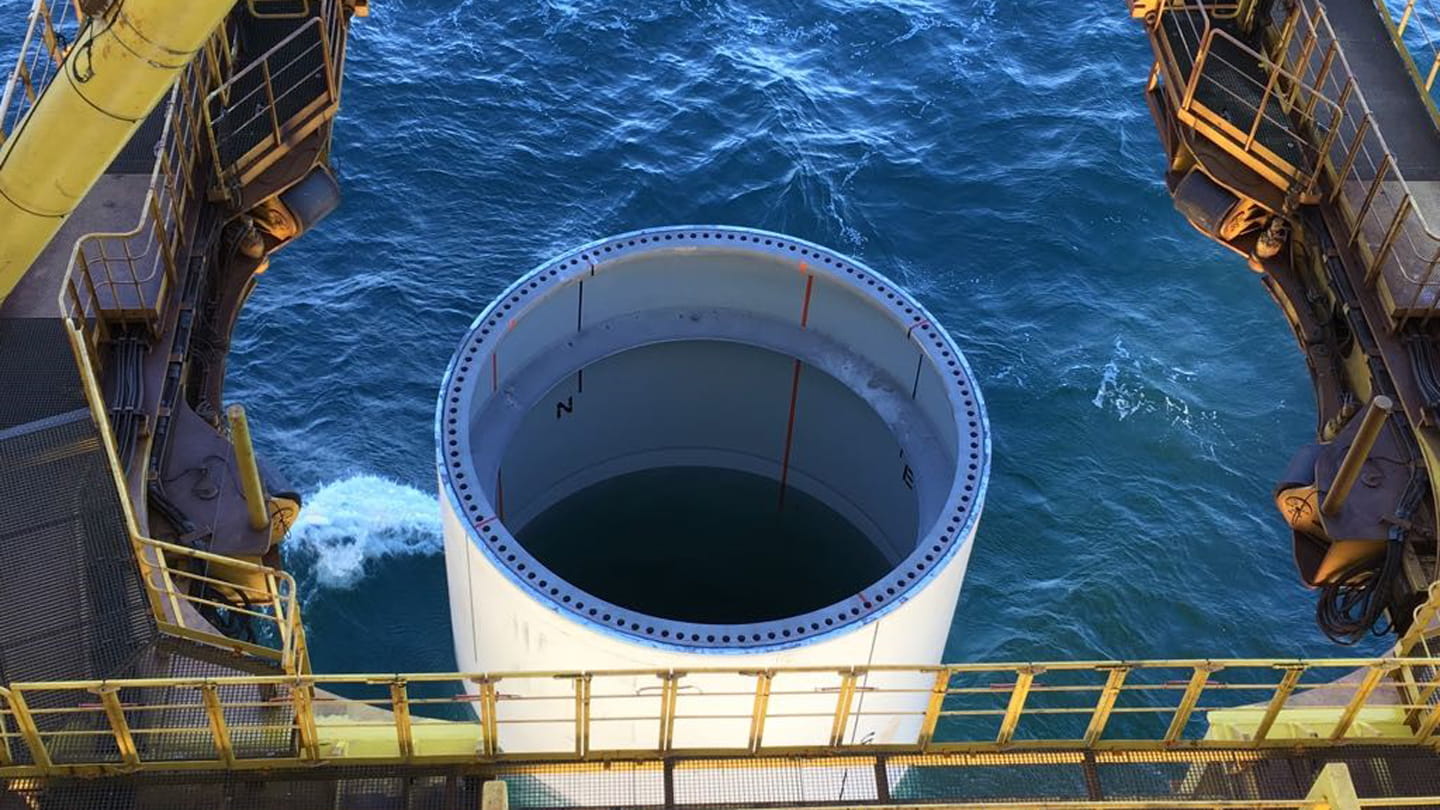 The first of 174 monopiles have been installed at the site, located 120km off the Yorkshire coast. When operational, expected in 2020, the wind farm which is being developed by Ørsted, will produce enough power for well over one million homes.

The installation is being carried out by GeoSea’s installation vessel, Innovation. It will carry up to 4 monopiles at a time, each one is 65m long, weighs around 800t and has a diameter of 8.1m.

The Innovation vessel will then also be used to install some of the transition pieces for the project, and in March will be joined by A2Sea’s vessel Sea Installer to continue with transition piece installation.

Duncan Clark, programme director for the project, said: “After years of planning it is fantastic to see the initial stages of offshore construction begin. My thanks to the teams working day and night on this significant milestone.

“Onshore, we are continuing to construct the East Coast Hub which will serve as an operations and maintenance base for our existing wind farms in the area and both Hornsea Project One, and Project Two which we took a final investment decision on last year. These wind farms will not only greatly contribute to the UK’s goal of decarbonising our energy system, they are also bringing jobs and investment to Grimsby and the North East.”

Ørsted, formerly DONG Energy, is the world’s largest offshore wind farm developer. The UK is its largest market and the company has two operational wind farms off the east coast; Westermost Rough and Lincs. Race Bank, nearing the end of construction, will be officially opened later this year. Hornsea Projects One and Two will follow, and combined will generate enough clean electricity for over 2.3 million UK homes.